Strandarkirkja served as the parish church of the community of Selvogur. In the early days of Icelandic settlement the area had numerous substantial farms; the land was fertile and the sea good for fishing. The town is first mentioned inSturlunga Saga, where Gissur Þorvaldsson allows Dufgusi Þorleifsson take up residence there in the summer of 1238. Over the years, the town began to decline as wind and water erosion began to cause a collapse of the farming culture.

The population has dwindled substantially as people started to move into cities, dropping to little more than 110 at the turn of the 20th Century and to 13 people in 2013. Selvogur now has only a couple of isolated farms and a popular free campground, as well as a café T-Bær for the travelers passing through. Around the church, many abandoned farmhouses and other ruins can be seen.

The Church was originally built sometime in the 12th century. The story relates that there is one night when a group of sailors tried to navigate back to Iceland in a storm. The southern coast of Iceland is notorious for its hidden reefs and rough coast. The distressed sailors prayed to God for a safe return and vowed to build a church wherever they landed. When they ended their prayer an angel, seemingly made of light, appeared before their bow. The angel guided them through the rough surfs and led the crew into a bay for safe landing. The sailors, making good on the promise, built a wooden church at the site and named it Strandarkirkja. The bay nearby is named Angel’s Bay (Engilsvík in Icelandic) to commemorate the incident. Many miracles have been attributed to Strandarkirkja and there was a time when it was one of the richest churches in Iceland from the donations of Icelanders coming from all over the country in hopes of having their prayers and wishes realized.

Strandarkirkja still functions as a parish church, although only on occasion. There is no longer a regular service for the small populace of Selvogur. The church is open in summer, from mid-May to August, hosting biweekly services, and is also open on weekends in spring and autumn. In addition, masses are also held by the parish priest on Christmas, Easter, and Pentecost. A harvest sermon (Uppskerumessa) is held at the end of August by ancient tradition to celebrate the end of the harvest season. There is also a fisherman’s mass (Veiðimannamessa) in October that is open to all, but primarily caters to the hunters with their hunting cabin at the nearby Hlíðarvatn, a lake owned by the church. A statue of Norwegian granite carved by the Icelandic sculptor Gunnfríður Jónsdóttir in 1950 called Landsýn, or ‘Land in Sight’, now stands by Strandarkirkja to commemorate the story of the church’s founding. Gunnfríður Jónsdóttir herself is buried in the Strandarkirkja cemetery. For more info. pls. contact Sveitarfélagið Ölfus, Þorlákshöfn 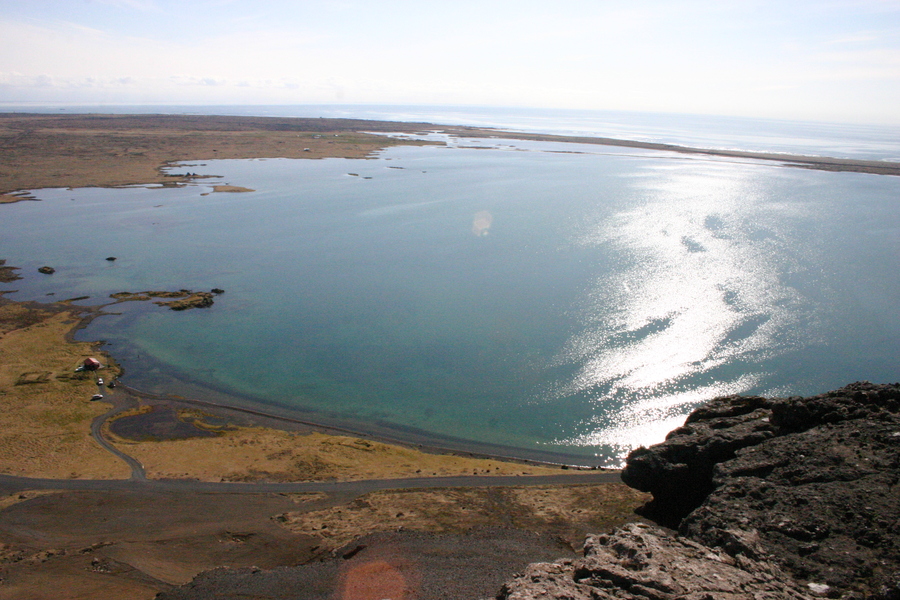 Hlíðarvatn is a lake in the western part of Selvogur. It is 3.3 km2 and 5 m where it is deepest. There is a lot of trout fishing in it, by far the most charr is both sea trout and water char, but trout can only be seen. In the water there are floods and tides. The water lies under cliff slopes on a plain by the sea. There is a narrow gap between the water and the sea and to the south there is drainage through Vogsós. Magnificent volcanic environment is around Hlíðarvatn and great natural beauty. A variety of birds and wildlife also surround the lake. In the vicinity of the lake you can see ruins, shards and meadows peeking out of the ground and giving us an insight into the life of previous centuries.