Hali Country Hotel is located, on the farm Hali in the South East of Iceland. We offer inexpensive, comfortable and cosy accommodation, a historical museum and a fully licensed restaurant serving primarily local food. Currently there are 200 sheep on the farm.

The museum, Þórbergssetur, bears witness of how people lived through the centuries in the countryside of Suðursveit and on the farm Hali. Since 1860, the farm has been owned by the same family. Fjölnir Torfason and his son Arnór are the fifth and the sixth generation living on the farm with their families, also  with the brother  of Fjölnir Steinþór Torfasson  and his family.

The stories of the people that lived for centuries on the farm still remain in the books of one of Iceland’s most famous authors, Þórbergur Þórðarson (1888 – 1974), who was born on Hali, and in the stories of Steinþór Þórðarson (1892 – 1981), his brother, who lived on Hali his whole life. The knowledge of the magnificent surroundings, the weather, the sea, the glaciers and the wonders of the wild nature remain with the people of Suðursveit.

We want to preserve this knowledge and pass it on to next generations. Þorbjörg Arnórsdóttir the curator of the museum was a teacher and headmistress of a small school in the area. Now the school has been shut down and Þorbjörg puts all her effort into the development of the cultural heritage center. Hali Country Hotel offers a fully licensed restaurant with a variety of local food, home baked cakes and more. You will have the opportunity of tasting farm-raised Arctic char, gourmet Icelandic lamb and traditional lamb meat soup with home baked bread.

By visiting Hali, you will not only get to know the Icelandic countryside, but also have the opportunity to experience the friendly atmosphere and personal service offered by everyone at Hali. We are open all year around.

Rooms has 35 spacious and modern rooms, single, double and triple. All rooms in the country hotel are equipped with:

The rooms in Hali Country Hotel are bright with large windows and good curtains. The rooms have either view of the Atlantic ocean in the south, the great mountains to the north or Vatnajökull glacierto the west. In Hali Country Hotel you can enjoy your privacy and relax before you go outdoors to meet the wilderness of nature in south east Iceland or to visit the nearby Glacier Lagoon, Jökulsárlón. All guests are welcome to dine in our restaurant in Þorbergur Center.

Two rooms are specially designed for wheelchair access. These rooms are close to the main entrance, larger than our standard rooms, with King size bed and spacious bathrooms.

In “The Yellow House” we offer 2 apartments that can accommodate 5 guests each. One apartment on each floor with private entrance.
The apartments are warm and welcoming with Scandinavian country style interior design, wooden panels and bright colors.

From the apartments you have view of the Atlantic ocean in the south, the Vatnajökull glacier in the west and the great mountains in the north. The apartments have living room with sofa bed, table and flat screen TV and free Wi-Fi internet. There is a fully equipped kitchen if you wish to do your own cooking. You are also welcome to dine in the restaurant. Breakfast is served in the restaurant.

The bedrooms in the apartments are equipped with

Our fully licensed restaurant is located in the cultural heritage center, Þórbergur Centre, with seating for 110 guests.

The daily menu offers specialties such as the farm-raised arctic char (trout) as well as lamb meat and other traditional Icelandic food.
Breakfast is served daily from 7:30 – 10:00 am (from 8:00 am in winter)

We wish everyone to have a pleasant stay and satisfactory experience of Hali. Our staff at Hali Country Hotel is flexible and always eager to be at assistance, so do not hesitate to ask or come with suggestions. 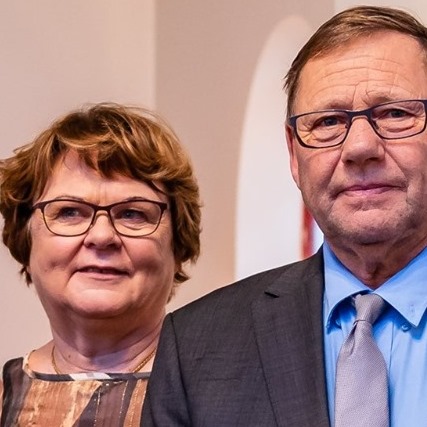